HTA Has To Harmonize. It’s A Money Thing. 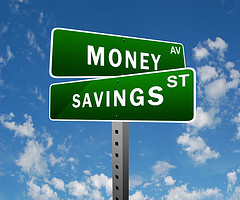 There was bad news and some less bad news for drug firms at the recent Pharmaccess Leaders’ Forum in Berlin, Germany. The bad news: added-benefit hurdles, in the form of Health Technology Assessments, continue to spread fast as a (mostly) scientific tool for politicians to control access to new drugs.

The less bad news: efforts to drive convergence between different countries’ HTA methods are showing signs of success. That may at least help pharma get a grip on how to navigate HTA.

And get a grip they must. HTA bodies, like England’s NICE or Germany’s IQWiG, aren’t themselves payers, but they strongly influence payers. Some countries have had HTA for a decade or more, yet pharma still has room for improvement when it comes to dealing with them. “They get about 6 out of 10,” opined Olivier Wong, former senior advisor to France’s health ministry and Haute Autorite de Sante, having come from a state of “not caring.”

Pharma should by now be expert in dealing with those who evaluate their products’ benefits. Meeting those evaluation criteria is, after all, probably the single most important factor influencing the size of industry’s commercial return, at least in Europe and several other major markets. HTA should be up there with R&D and regulatory as one of the sector’s core competencies.

Now granted, Europe’s patchwork of different national HTA agencies and approaches presents challenges. But it was clear from discussions in Berlin that attempts to standardise the methodological tools used by HTA are gaining traction. The EC-funded European HTA network known as EUnetHTA has attracted (and continues to attract) its share of skepticism, like many other European harmonisation projects. But it has managed to create a standardised HTA questionnaire and reporting structure, the “core model“, and a databasewhere members share information and collaborate on additional evidence generation. It has done pilot drug assessments (such as that of GSK’s Votrient), and tried out early advice sessions with national bodies such as NICE. It’s also talking to the European regulator EMA (itself an example of where European standardization can work) on best-practices in areas such as patient-involvement and transparency.

There’s a long way to go. And EUnetHTA isn’t going to lower the hurdles to access in Europe. It may even raise them. But by providing something close to an HTA template or book of guidelines, it may ultimately offer pharma a basis on which to integrate trans-national HTA-thinking into its R&D processes. It also may provide some degree of predictability, assuming that nascent HTA activities in emerging economies such as Russia — already a member of the EUnetHTA team — will leverage well-established methods rather than inventing new ones.

As economic pressures continue to restrict national budgets, the HTA spread will continue. Individual countries, many with limited national HTA capacity, will likely rely more on shared best-practices and guidelines such as those of EUnetHTA. “In five years’ time, HTA will look more European,” predicts Wong. Those same financial constraints mean it will also, in his view, be more focused on the cost side of the cost-benefit/value equation.

On that, pharma may despair. But the alternative to HTA is no HTA — and that would be even worse. ”A world without value scrutiny wouldn’t be sustainable,” noted Mel Walker, Head of Market Access at Otsuka Pharmaceuticals Europe. HTA provides a forum, however imperfect, within which pharma may justify the value of its products. Without it, there may be no access at all to certain drugs, and/or even more blanket price-slashing. In sum, Walker told the Berlin audience, “HTA is a good thing.”

This article was provided by Real Endpoints