Evidence and Endpoints in Cancer: Can Both Payers and Regulators be Satisfied? 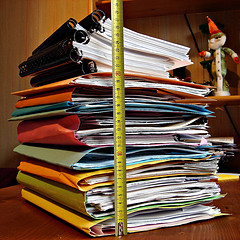 How can oncology drug developers design their trials to satisfy both regulators and payers, and thereby maximize both access and commercial success? It’s an increasingly urgent question as cancer programs continue to dominate pipelines, and drugs bills. Yet “there’s a fundamental tension” between the clear evidentiary base required to get a drug approved, and the emerging, sometimes inconsistent data sought by payers to justify funding that drug, notes Roy Baynes, SVP Oncology Therapeutics at Gilead Sciences Inc.

Above all, he emphasizes the need for close engagement with payers, at least in Europe, from an early stage. Collaborating prospectively with governmental payers may help address the reality that “individual sponsors have little leverage,” he says. (In the US, it’s not at all clear to us that payers want much to do with pharmas before products get very close to market. And in oncology specifically, payers still can’t really say “no” to paying for products approved by the FDA; European governments have no such inhibitions.)

There are some rules that now beginning to hold across the board, though, notwithstanding often considerable differences in evidentiary standards across treatment-type, positioning, and disease area. Having a “meaningful comparator is obviously important,” point out Baynes, who will be speaking at NextLevel Pharma’s Spring PharmAccess Leaders’ Forum in Vienna, May 6th-8th, 2013. (In some countries, such as Germany, it’s critical to have the exact comparator requested by the G-BA reimbursement authority).

So is pre-agreeing on the most relevant endpoints. Many European Health Technology Assessment agencies, such as NICE, still consider overall survival (OS) as the gold-standard, but the reality is that in cancer in particular, “if you’re treating adjuvantly or in the front-line for recurrence in a treatment-responsive disease, achieving OS may be extremely challenging,” notes Baynes. It simply takes too long, and requires too large a trial, or is fundamentally not achievable because of effective and active salvage therapies.

Many regulators view progression-free survival (PFS), if of significant magnitude, as a reasonable surrogate for OS in a number of cancers, but “it’s not widely-accepted” by payers, acknowledges Ilana Widera, Director of Market Access, European Oncology Business Unit at Pfizer, who previously worked for ten years within a Belgian sick fund. And as more cancer treatments come to market, measures such as quality of life are becoming more important in distinguishing them. Yet “instruments for measuring QOL are blunt,” asserts Baynes. That means, if a drug’s up against an active comparator, “it’s not that easy to show a big difference, if both agents are active and improving QOL.” In part as a result, QOL data “has never had a big influence on reimbursement,” says Widera, another speaker at the Vienna event in May. Sure, analytics around patient-reported outcomes (which most sponsors now include in cancer trials) are improving, but there are few standards in place, and these would anyway have to vary by disease area and stage.

So how can companies overcome these challenges? Developing a treatment that’s unequivocally transformational, in dramatically changing disease outcomes – a Gleevec, for instance – is one solution. But although most companies strive to create drugs whose value to patients and payers is unambiguous relative to competitors, the reality is that most won’t. The majority of advances are incremental.

In this world of grey, “substantially more rigor around payer analytics would be helpful,” says Baynes. “We need a very transparent, rules-based approach to how we look at evidence and value. It should be pegged in some way to the magnitude of the benefit.”

The trouble is, payers struggle to set black and white standards for what can often be more qualitative, less concrete, efficacy improvements, even if they want to. And any such hard rules might be more likely to prevent all but the truly transformational drugs being reimbursed. Germany’s rigid, rules-based added-benefit assessment system is a case in point: several companies have opted out of the market altogether as a result. “I’m not sure [a more rigorous rules-based approach] is the best way,” opines Widera. “We need some rules, for instance regarding endpoints, but should also leave some grey zones.”

Value, after all, is in the eye of the beholder. Cancer patients facing death, or sponsors seeking profits, will measure value very differently than a budget-constrained HTA.

Those starkly different perspectives will remain. Payers can certainly do more to make their evidence requirements and criteria more transparent and consistent, but they likely won’t ever be completely so – and perhaps sponsors shouldn’t necessarily wish for that. Wiggle room, even if hard to pinpoint, is better than none at all.

Conditional reimbursement, with a review once on-market data have been collected, is an attractive solution in theory. In practice it’s far less so. Expensive to collect, real-world data is also inherently uncontrolled and its results often look worse than data from controlled Phase III trials. “Usually it just provides an opportunity [for payers] to lower price,” warns Widera. And this hits upon what some sponsors see as a somewhat contradictory stance among payers: they want proof that drugs work in the broader population, yet at the same time, says Baynes, firms “need to show how to narrow the relevant population, so the product is more likely to be covered” (since fewer people means lower cost).

Image thanks to flickrer gadl.

This article was provided by Real Endpoints